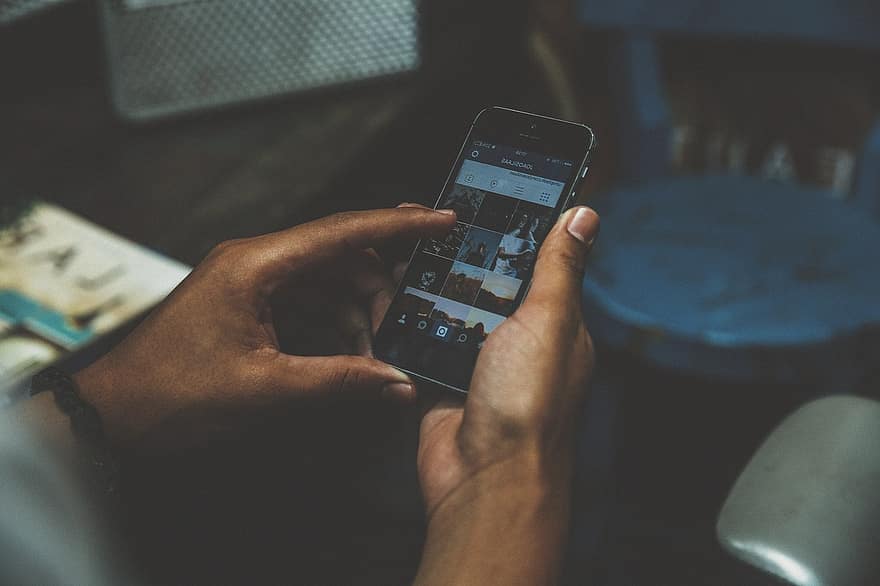 The Future of Digital is Human

Her commute to work at the local clinic is roughly forty minutes, while she spends at least an hour and half, inclusive of traffic, in a public bus to reach the nearest center. In addition to standing in the bus in sweltering Dhaka summer, longer hours typically mean more chances of getting groped or pinched. The commute only explains half her frustration. At the center, she must stand in line and enter her personal number at the kiosk to be waitlisted for the next available customer agent. Twice, someone peered over her shoulder and wrote down her number while she was entering it at the kiosk. Later, they would call her nonstop at midnight or during work hours, making sexual passes and obscene comments. While her phone’s technical issue is arguably resolved every time, Rafia does not recall having a pleasant experience at the center or with what often happens afterwards.

Similar to many women (and men) like her, owning an internet-enabled phone has been transformative in Rafia’s life. She is the archetype of what technology experts would call an advanced user. She talks and sends money to her mother and brothers in the village every month, and watches natoks on YouTube—otherwise inaccessible—in between shifts using the clinic’s Wi-Fi. Five times a day, her phone recites the adhaan and she receives daily duas in her SMS inbox.

Two hundred and fifty-two kilometers north of Dhaka, Mariam (widely known as Rafiqer maa) sits in front of the stove in Palashbari and fiddles with her Micromax phone. Although she went to school for a few years, Mariam never appeared for her SSC exam. She was hastily married off to one of her distant cousins when her father unexpectedly fell ill. She uses her phone to receive calls from her brothers and husband, and despite using a feature phone, finds it difficult to text or activate internet. Her neighbor tells her that nowadays one can receive money on their phones, but Mariam worries about accidentally pressing the wrong button and losing money. Where does this money go? How does one recover this money? Rafiqer baap will be furious.

The promise of technology did not (entirely) disappoint, especially since the smartphone boom that ushered the world into an era of affordable, bilateral and communicable digital tools. As high as 80 percent of the population in low- and middle-income countries today have basic cellphone coverage, including 3G or higher quality networks. Globally, 60 percent of unique mobile subscribers have access to smartphones. Among comparable economies, South Asia provides the cheapest bundling of calls, data and text messaging services.

Despite these advancements, 3 billion people are still predicted to be offline in 2023. As a result, the global debate on technology heavily skews towards ensuring access through investing in infrastructure. However, data on usage of digital services illustrate equally alarming gaps. The latest estimates from International Telecommunications Union suggest only 51 percent of the world’s connected population is using the internet. This means having a phone and network by itself are insufficient to reap the benefits of a connected and digital ecosystem.

In Bangladesh, based on the 2017 survey data from Financial Inclusion Insights and GSMA Intelligence, there is close to 90 million unique mobile subscribers and 35 million unique internet subscribers. Yet, there is a striking drop in the proportion of users as more complex digital services are introduced: from surfing the web to sending money. The gender gap is prevalent across all services with at least 50 percent fewer women than men using the internet, downloading music and posting regularly on social media.

Technology disproportionately benefits early adopters everywhere – male, young, urban and typically upper middle class – and leaves behind marginalized groups. A study of 10 countries across Asia, Africa and Latin America finds women are 30 to 50 percent less likely than men to use the internet to participate in public life. Further, women are 40 percent less likely to have used the internet than men, irrespective of age, income and geography. In short, digital exclusion is not a new phenomenon: it mirrors and exacerbates long existing structural inequalities.

The reality of digital technology is therefore a paradox. On one hand, millions of connected people, like Rafia, can now leapfrog traditional barriers to enjoy the benefits of a modern economy: faster communication, ease of transactions and multifaceted services at their fingertips. On the other hand, as one group moves up the ladder, another, like Mariam, inadvertently slides back. In absence of targeted interventions, they are unable to perform intermediate to advanced functions on their devices and quickly become suspicious of newer digital tools. They are more susceptible to the dangers of technology: pervasive exclusion, job loss, loss of privacy, data abuse and loss of agency.

As advances in artificial intelligence strive to replicate more complex, human-like computational abilities, in many ways, it has left behind the need for technology to be human-first, that is, centering the design and dissemination of digital tools to solve problems faced by humans, particularly of those who have historically been left behind.

A Case of Bangladesh

Bangladesh is no stranger to this conundrum. In the past decade, as the country experienced significant economic growth, digitization of services has remained central to the national agenda. The government rapidly transitioned to citizen-centric web platforms, offering major services online as well as through one-stop digital solution hubs across the country. Simultaneously, the private sector introduced wide range of digital services: e-commerce, food delivery, ridesharing, digital financial services, education, e-medicine, e-agriculture and e-manythings. While the US was grappling with the explosion of a market-driven gig economy, Bangladesh experienced its own form of (dis)organized gig economy: technology companies investing or taking over smaller logistics outfits and training ‘agents’ to deliver ‘nouveau’ services. More recently, f-commerce (businesses run predominantly on and through Facebook products) has created newer economic opportunities, especially among stay-at-home and self-funded entrepreneurs—many of whom are women.

Given significant resource constrains, Bangladesh’s sharp shift to digital came with low investments in research, design and implementation. Sometimes, untimely rollouts and rapid scaling resulted in disproportionate sunk costs and even negatively affecting people. In most cases, the product never reached scale. Perhaps the steepest price for Bangladesh has been the premature import of Silicon Valley’s ‘fail fast’ culture, especially among younger people, that has confounded how the market has evolved. Unlike the Valley (where culture is its own ghastly problem), Bangladesh is still early in setting up its digital rails—connectivity, rapid adoption of smartphones, government capacity, pro-people technology and privacy regulations, and so forth. In absence of an enabling environment, the country’s digital transformation relies heavily on its ability to leverage human capital and capacity. This starts with prioritizing people, not tools.

If less than a quarter of the country is actively online, it begs to question, whose problems are the myriad of smartphone-only apps trying to solve? Is there a rush to serve the same 25 percent of the population, most of whom are urban and tend to move from one service to another? Isn’t the real opportunity for innovation lie with creating affordable and compelling products to serve the untapped (yet connected) population?

The adverse disconnect in the digital ecosystem is twofold: one, almost all ‘solutions’ today target the same 25 percent of the market with few meaningful attempts to onboard or serve the rest of the population; and two, even when technology is aimed for this 25 percent, the lack of research and thoughtful design result in misplaced and unscalable products.

Rafia’s discomfort at the customer service center is a classic example of low investment in user research and lack of contextualization of solutions, especially when designing for women and marginalized populations. The kiosk is only as good as its ability to provide an easy, private and secure solution to different user segments. This requires investments in extensive inquiry into the problem, mapping the end user’s journey, rapid prototyping, holistic design and contextualization of the nuances in the local market, including class, gender and power dynamics—all of which is possible only through spending time in the middle of the chaos and talking to people. This shift in problem-solving therefore demands bringing designers, anthropologists, psychologists, economists, sociologists and other social scientists into the technology industry. There is a disproportionate emphasis on building capacity of computer programmers and engineers whose expertise are limited to developing tools, not designing for people and society. Having a tunnel vision approach poses the risk of missing out on the tenets of designing an inclusive digital economy. Technological solutions should aim to equalize, not the proliferate, existing problems and structural inequalities.

User research and inclusive design are half the approach. The rest comes down to investing in human capacity. In recent years, Bangladesh has experienced a boom in programs and bootcamps for entrepreneurs, (future) programmers and engineers. There are national campaigns to train ‘creators of apps’ but little has been done to bring the potential users of these apps into the fold. In addition to being offline, digital literacy remains a significant barrier for market entry, especially potential users like Mariam who are typically poor and living in rural areas. The benefits of building capacity of the end user through hands-on programs are evident. In a research titled Poverty and Migration in the Digital Age by Lee et al in Bangladesh, the researchers find when they spent 30-45 minutes providing hands-on training to users to send and receive money on bKash and translated the application’s menu to Bangla, users are 48 percentage points more likely to have an active bKash account than the control group.

Back in her mess (shared housing facility) in Agargaon, Rafia sometimes ponders whether she should simply switch back to a feature phone, despite the ability to watch videos and listen to adhaan on her smartphone. Feature phones are easier to use and don’t require as many ‘fixes’. She can always go to the agent to send money. She has considered switching numbers or registering for a second number for the times she must go to a customer service center, but regulations are ‘tight’ these days.

Under the tin shed home in Palashbari, Mariam carefully wraps her phone with an old cloth and places it next to her pillow before going to bed. She used to keep her phone under her pillow before, but once, accidentally pressed a button and called one of the numbers Rafiqer baap saved in the phone. She lost her entire balance. For now, Rafia dreads the next time she is forced to make the longer commute, get groped and her personal number, without her consent, is broadcasted to the public. Mariam fears accidentally pressing a button and losing her savings. If only…