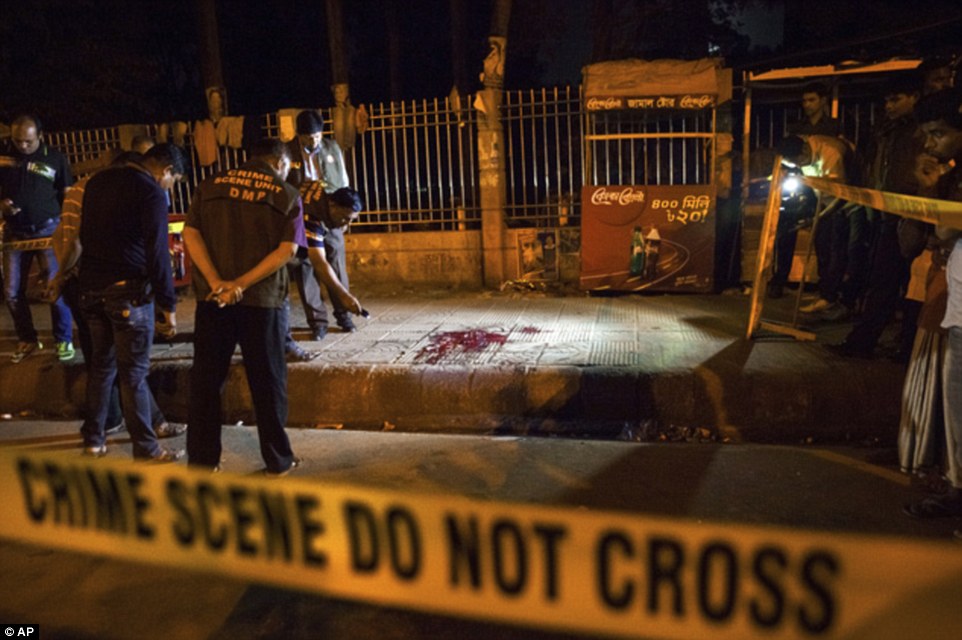 This is Not the Bangladesh I Grew Up In

I am in shock since Avijit’s murder. A Bangladeshi engineer, writer and blogger, Avijit Roy was best known for his outspoken religious discourse, atheism and science. He founded the online platform Muktomona to encourage others to engage in liberal thinking and religious questioning. He lived in the US with his family and was traveling to Dhaka since two of his books were released at the Amar Ekushey Book Fair this February. Last week, assailants caught him and his wife on their way back from the fair and hacked him in public. His wife remains severely injured.

Hours after the incident, the Twitter handle Ansar Bangla 7 claimed responsibility for the murder on grounds of Avijit’s ‘blasphemous‘ writings against Islam. In a similar incident in 2013, blogger Rajib Haider was brutally murdered by Islamic fundamentalists. The writer and poet Professor Humayun Azad was stabbed in 2004 just outside the Amar Ekushey Book Fair – he was widely known for his outspoken voice against religious fundamentalism. In each incident, a team of extreme Islamic militants by the names Ansar Bangla or Ansarullah Bangla claimed responsibility, and openly challenged anyone who offended their religion.

What is alarming in these murders from the past, and most recently Avijit’s, is the rise of Islamic fundamentalism in Bangladesh. Over the past decade, very little has changed – on the contrary, the gap between non-practicing believers or atheists and practicing Muslims have widened. I was mortified to see people across social media ‘celebrating’ Avijit’s murder; some proclaimed it to be ‘just’ and ‘about time.’ Being conservative is a personal choice, being outright vengeful is frightening.

How is hate born? Or, how does hate acclimatize? Does hate breed more hate? As I reflected on the string of incidents over recent years, I began to see how we have handed over a silver platter of hatred to our young generation – present and the next. In the Shahbagh Movement two years ago, I remembered how people ‘rejoiced’ the death penalties. The movement that originally began to seek justice for war criminals and in the process, separation of religion from mainstream politics, eventually transformed and (mis)interpreted itself as a stark separation between believers and nonbelievers. I remember my own involvement in it – furtively writing about how it is our only shot at freeing our judicial system from political expediency, how it is the beginning of freeing our country from religious fundamentalism, and how our politics can be removed of any one religious doctrine and become secular. In our desperate search for justice, we formulized exactly what that justice should be – and used our democratic rights to swallow down that one interpretation of it. Consequently, our victories came in the form of the very death penalties we chanted for, rather than an enlightened, apolitical, non-religious and people-backed judicial system.

Of course, the war criminals needed to be tried and nothing short of a death sentence would do. The people of Bangladesh understand how the courts work and do not trust it to deal with a crime of this magnitude justly. Yet, as we chanted and cheered – across the television screen and outside of the immediate movement, it became the death of secularism. While true secularism respects the differences around us and opposes fanaticism, this freshly perceived version of it shunned anyone who felt differently. We labeled every one who questioned our secularism, we poked fun at the pious, we cornered the believers. We began to suspect our friends who prayed five times a day, we began to suspect our friends who didn’t pray five times a day. We transformed whatever compassion remained into a vengeful match between two sides.

It is easy to pick a side and hate someone. The Bangladesh I grew up in did not preach hatred. Our fundamentalists and conservatives weren’t known for their tolerance towards atheism, but allowed the practicing and non-practicing ones to share a dialogue. The Bangladesh I live in now has no room for it. Avijit’s murder and subsequent reactions is a crude warning of how we have moved back into darkness. We are all equally afraid – atheist, conservative, pious, radical, liberal and non-practicing.

What I deeply admired about Avijit, and what endangers many today, was his erudite and constructive criticism of all religions – not just Islam – and his commitment to science. Avijit is the embodiment of you, I, and anyone who thinks differently. We respectfully agree and disagree – and we all are proponents of free and liberal thinking. When we fail to protect this virtue to free thinking, we become targets to one another. Avijit’s murder is a reminder of why we need to push for inclusiveness, why religious fanaticism must be eradicated, and why moderate Muslims in a Muslim-majority country like Bangladesh is needed to defeat the hostility, extremism, nonsense and misinterpretations around us. The darkness we live in can be overcome with enlightenment and compassion, not hate speech.